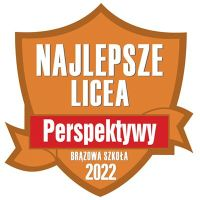 This is a story about how even the tiniest and seemingly the least important everyday occurrences can shape history, just like a kid receiving a school graduation certificate, thanks to which they then went on to become a president. This is not a tale for the weak of heart and it starts with a small droplet of amber.
-The amber droplet hung from a branch, reaching fullness and ready to drop. It waited. While many of the other droplets were satisfied to form as big as they could and release, this droplet had other plans. It wanted to be part of history. It wanted to be remembered long after all the other droplets had dissolved into history. So it waited for the perfect specimen to fly by to trap and capture that it hoped would eventually be discovered hundreds of years in the future.
- It waited and waited and waited. Until, after what felt like an eternity, it saw its opportunity. A simple fly, someone with no consideration would think, however to the droplet it was all that ever mattered and all that would ever matter. After not even a moment of hesitation it took its chance. It dropped, leaving its birth place just like a child leaves their home to go to collage, another moment passed, and the victor was clear. The fly got away.

We use cookies to ensure that we give you the best experience on our website.
I accept